Posted on May 11, 2017 by Site Administrator: Paul Notarianni 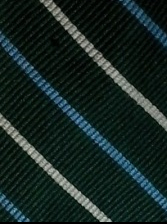 “This case concerns the authority of police officers to “stop and frisk” a passenger in a motor vehicle temporarily seized upon police detection of a traffic infraction.” Id. at 326.

“For the duration of a traffic stop, we recently confirmed, a police officer effectively seizes ‘everyone in the vehicle,’ the driver and all passengers. Brendlin v. California, 551 U.S. 249, 255, 127 S.Ct. 2400, 168 L.Ed.2d 132 (2007). Accordingly, we hold that, in a traffic-stop setting, the first Terry condition—a lawful investigatory stop—is met whenever it is lawful for police to detain an automobile and its occupants pending inquiry into a vehicular violation. The police need not have, in addition, cause to believe any occupant of the vehicle is involved in criminal activity. To justify a patdown of the driver or a passenger during a traffic stop, however, just as in the case of a pedestrian reasonably suspected of criminal activity, the police must harbor reasonable suspicion that the person subjected to the frisk is armed and dangerous.” Id. at 327.

“Completing the picture, Brendlin held that a passenger is seized, just as the driver is, ‘from the moment [a car stopped by the police comes] to a halt on the side of the road.’ 551 U.S., at 263. A passenger therefore has standing to challenge a stop’s constitutionality. Id., at 256–259.” Id. at 322.

“After Wilson, but before Brendlin, the Court had stated, in dictum, that officers who conduct ‘routine traffic stop[s]’ may “perform a ‘patdown’ of a driver and any passengers upon reasonable suspicion that they may be armed and dangerous.’ Knowles v. Iowa, 525 U.S. 113, 117–118, (1998).” Id.